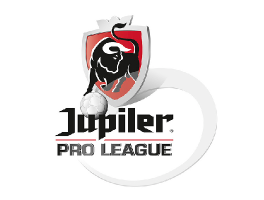 The performance of Belgian teams in European club competitions was going down, unlike the performance of the Belgian economy, reason to believe that Belgian football could bend the curve. One way to counter the negative trend is to optimize the competition format. Hypercube helped the Belgian Pro League to realize a succesfull transition.

The Belgian top teams would need to make good on lost grounds in order to be able to get any results in Europe. Also the gap between the strength of the lowest first tier clubs and the best second tier clubs should be closed.

Hypercube involved all relevant stakeholders and talked to:

Together we determined the result dimensions on which the formats would be judged. These included:

We developed several alternative formats and set up a simulation that modelled the impact these formats would have on those dimensions.

The best format turned out to be a round robin with 16 instead of 18 clubs. After that there will be a round robin with the top six for the championship. The clubs ranked 7 to 14 enter into play-offs for a remaining European ticket. And the clubs on 15th and 16th position play for relegation.

This format was accepted by the clubs, and has given a major boost to Belgian football. Coming from 15th place, they are now heading to 10th position in the UEFA Country Ranking. TV revenues have increased by over 60%. Because the strong teams are playing more matches on a high level, they are in a better position to keep their talents in their squads for longer.